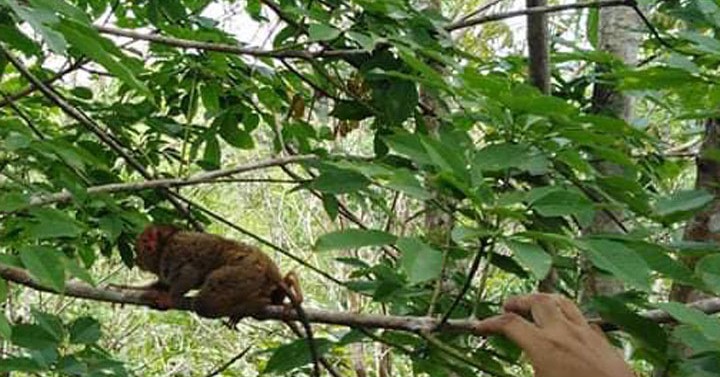 CITY OF ZAMBOANGA – The Department of Environment and Natural Resources – Zamboanga Peninsula (DENR-9) has released a pair of Philippine Tarsiers into their natural habitat in Zamboanga del Norte province.

Tan said the tarsiers were recovered on Wednesday by a team of CENRO-Liloy staff who responded to a social media report about the capture of two tarsiers in the village of Delucot.

“After evaluation, the pair were found to be in good and healthy condition and were released back into their natural habitat the same day,” Tan said.

Philippine tarsiers are often seen in small groups – up to five together in one location – but are considered solitary animals.

“These nocturnal mammals are very sensitive and have been known to die or commit suicide when held in captivity,” Dionisio Rago, head of CENRO-Liloy, said in a statement.

Rago urged the public to immediately report any wildlife-related issues to him via the hotline 0948-147-12-50 for proper handling and recovery operations.

The celebration of World Wildlife Day aims to raise awareness of the multitude of benefits that their conservation provides to people.

The Philippine tarsier, known locally as “Basing”, is listed by the International Union for Conservation of Nature (IUCN) as Near Threatened due to a significant decline in its population.

They are protected by Republic Act 9147, also known as the Wildlife Act, which prohibits anyone from hunting, injuring, killing, maiming, or keeping them as wildlife. company. (NAP)