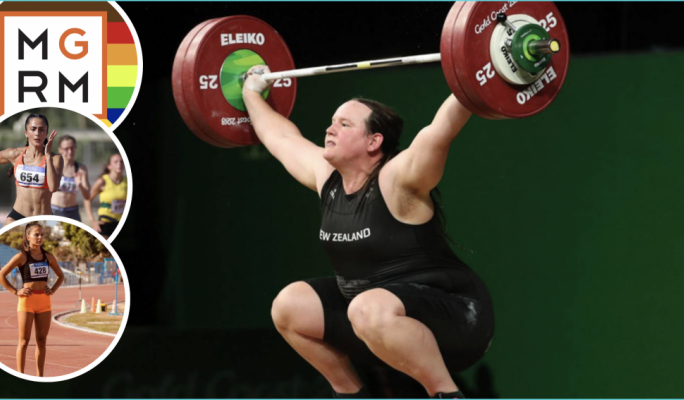 The inclusion of transgender weightlifter Laurel Hubbard at the Tokyo Olympics next month has sparked a global debate on inclusion and equity in women’s sport.

The 43-year-old met eligibility standards set by the International Olympic Committee (IOC) and the New Zealand Olympic Committee prior to the competition. She will compete in the super-heavyweight category over 87 kg.

In 2015, the IOC released guidelines allowing any transgender athlete to compete as a woman provided their testosterone level is below 10 nanomoles per liter for at least 12 months prior to their first competition.

Compliance with the conditions can be checked through testing, with non-compliance resulting in suspension of eligibility to participate in the trials for 12 months.

The news raised questions about whether competing with trans women who were previously identified as men could lead to inequalities in competitions.

But athletes like small nations long jump champion Claire Azzopardi believe she would feel at a disadvantage if she took on a transgender athlete.

“The athlete in question had already developed as a male who made the transition in 2013, giving her many advantages over the female body type – some examples are lung capacity, her heart size and body size. training his muscles. ”

The sentiment was also shared by 400-meter runner Martha Spiteri. “Personally, I think it’s unfair, the anatomy of a trans athlete could lead to and lead to unfair advantage. I think female athletes in all disciplines will be at a disadvantage.

But a spokesperson for the Malta Gay Rights Movement spokesperson denied the claims, saying that a trans woman qualifies for an Olympic event, and even wins, was not a sign of unfair genetic advantage.

“You can’t tell trans people that they can compete as long as they never win anything, as this discussion only seems to resurface every few years in the extremely rare event that a trans athlete makes headlines for. have had some success, ”the spokesperson said.

The gay rights NGO said that, like everyone else, trans people also have the right to non-discrimination in access to sport and competition.

“On the other hand, the IOC’s decisions regarding trans participation in sport have been around since 2003. In those 18 years, we have not seen a single case of a trans woman dominating a sport.”

Regarding the concerns of female athletes about trans women competing in sport, MGRM said that although studies have shown that trans women may retain some advantage after testosterone suppression, the studies had several limitations.

“For example, one study found that trans women lost all of their athletic advantages over cis women 2 years after starting to feminize hormones, but the sample showed they remained 9% faster than cis women. in 1.5 mile races. Most of the articles that cite this study focus only on the 1.5 mile run, and especially fail to mention that it was performed with members of the Air Force, who undergo very specific training and not comparable to that of athletes. No idea was given as to why this happened, beyond the subjects being trans. ”

“It’s not necessarily a question of the difference in skills and abilities. Women’s sports are more likely to lack access to funding and sponsorship, have lower wages, less competitiveness, less media coverage of events, problems accessing training and education, sexism and culturally push girls and women out of sport.

“The MOC will abide by the IOC guidelines and ensure that any framework guarantees, among other things, fairness, safety and non-discrimination of athletes on the basis of gender identity and sexual characteristics,” said Maria Vella-Galea.