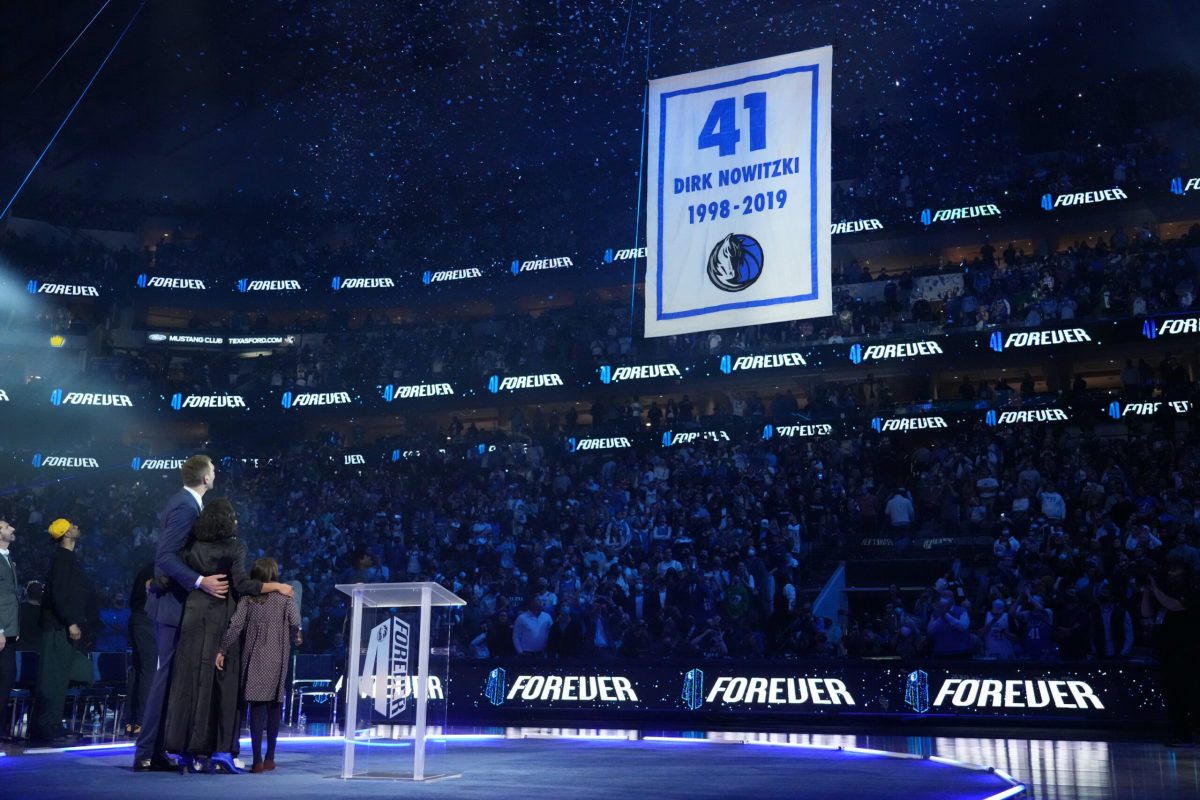 Whether you’re at the end of your coffee, your day, your week or even your rope party, welcome to Whitt’s End…

*With the Dallas Mavericks and Stars eliminated from the playoffs, the Dallas Cowboys are running in shorts and the Texas Rangers just 50 games after their 162-game death march, we’re officially slipping into our summer sports slumber. We have passed 4,000 days without lifting a trophy.

But on the bright side, DFW athletes have what I’m sure are just a handful of unbreakable records. Nolan Ryan has 5,714 strikeouts, nearly 2,700 more than the closest active pitcher: Max Scherzer, 37. Emmitt Smith retired with 18,355 rushing yards, nearly 3,500 more than the closest active running back: 37-year-old free agent Adrian Peterson. Dirk Nowitzki has played 21 seasons with one team, two more than the next closest active player: 41-year-old Miami Heat forward Udonis Haslem. I suppose Haslem could go on, but he’s basically been retired for the past three seasons, playing just 18 games combined. Behind him? Steph Curry of the Warriors, who next season will play No. 14 in San Francisco.

Bottom line: We have no current titles. But we have three eternal records. To feel better?

*If you’re a Mavs fan, you’re rooting for a Warriors sweep over the Celtics in the NBA Finals to claim the legendary silver medal. You also hope the Knicks hiring his father on their coaching staff won’t sway Jalen Brunson’s decision as a free agent. Is there an indirect falsification?

*Some disturbing footage from the Rangers’ 3-1 loss to the Rays on Thursday afternoon in Arlington. Corey Kluber shut them down. Yes, the same Corey Kluber who was Rangers’ free agent gem of 2020 but only pitched one inning before suffering a season-ending injury. The Texas pinchers entered the game leading the league in hits, home runs and RBIs. But with the tie works on base in the 7eback-to-back hitters Sam Huff and Eli White were eliminated.

*Amazing: Rangers went 17-10 in May – thanks in part to a Cy Young-esque performance from ace Martin Perez – their first winning month since June 2019. Their reward: all the way back from a 6-14 for start a brief flirtation with .500 at 24-24. Good for manager Chris Woodward for not letting an early sinking ship totally capsize to another 100-loss season.

*Since Rangers climb to .500 are 1 in 19 with runners in scoring position. Losing stat.

*Thanks to the exit of La’el Collins, the June 1 Cowboys won $10 million salary cap. How do you spend money that surely burns a hole in Jerry Jones’ pocket? If not Bobby Wagner, how about this point guard linebacker?

*Congratulations, you just survived the hottest May in DFW history. The average daily temperature of 82.2 degrees smashed the previous mark set in 2018 by 1.6 degrees. We’re pretty sure we’re heading for triple digit hell this summer.

*Longhorns and Aggies, already fighting in their first game as SEC enemies. I can not wait.

*Make it four years and count to “Honor” military veterans on Memorial Day by completing the “Murph.” Pale compared to their level of fitness – or, needless to say, sacrifice – but for an idiot who can see 60 just over that hill, running two miles interspersed with 100 pull-ups, 200 push-ups and 300 squats is more than sufficient.

*Want to see Dak Prescott kick the ball off the home run? You’ll have to wait for september. But if you want to see him and other Cowboys swing for the fences in a real Home Run Derby, you just have to go to Frisco on Tuesday night. The 9th annual contest – which is FREE at Riders Field at 6 p.m. – will feature Prescott, Ezekiel Elliott, CeeDee Lamb, Zack Martin, Tyron Smith and Micah Parsons hitting baseballs for charity.

*To hell with box office popularity, we didn’t need another one Superior gun film. And, no, we sure don’t need another one Elvis film. Who could portray man more personified than any human to have ever walked this planet? Further confirmation that we are totally bankrupt in creativity.

*Having hosted his radio show on 105.3 The Fan for two seasons, I know first hand how boring former Cowboys coach Jason Garrett is. You’re trying to get something tasty out of a piece of white bread with the crusts cut off. “Football” and “process”, whatever the question. Ring a bell? From what little I’ve heard – and from what the critics have said – he was just as bad and bland on the USFL stand this spring. No way he’s getting a job at NBC replacing Drew Brees to do Notre Dame games or Sunday night football. Wait, what what? !

*Phew, I can finally leave Marcus Semien’s home drought watch. After throwing 45 for the Blue Jays last season, he didn’t hit his first for the Rangers until May 28. His second — and first as a Ranger at Globe Life Field — came on Thursday afternoon. Maybe he will get to 45 after all? Incredible that the Rangers hit 58 homers — the fourth most in the majors — with next to none from one of their expected hitters.

*Remember last month when Ukraine was a hot topic? Or last week when we care about gun reform? covid? Poof. All in the rearview mirror of our 24-second news cycle. This week, the water cooler conversation at my gym was – cringe – Amber Heard vs. Johnny Depp.

*Yes, the Mavs made it to the Western Conference Finals without Tim Hardaway Jr. But — scary thought — the Warriors sent Dallas in five games without Gary Payton II and potentially dominant 7-footer James Wiseman. No reason to predict a skid for Golden State in 2023. Also back in the West next season: Kawhi Leonard with the Clippers and Jamal Murray with the Nuggets. Yeah. I would like to analyze how the Mavs reacted the following season after losing in the conference finals, but it never happened.

*The 1966 Texas Tower mass shooting should have served as a warning. But because of our state’s irrational love of guns, it was just an appetizer.

*If the Mavs could make a plausible trade to increase their chances of winning a title in 2023… would this be the one?

*Hey Rangers, June is Pride Month. Other sports teams – the NFL Eagles and patriots and soccer Chelsea F.C. – have the decency to recognize and respect the LGBTQ community. You’re on time. Tick…tick…tick…

*RIP to former Cowboys running back Marion Barbera guy which I discovered in 2008 was as difficult to interview as it was to approach.