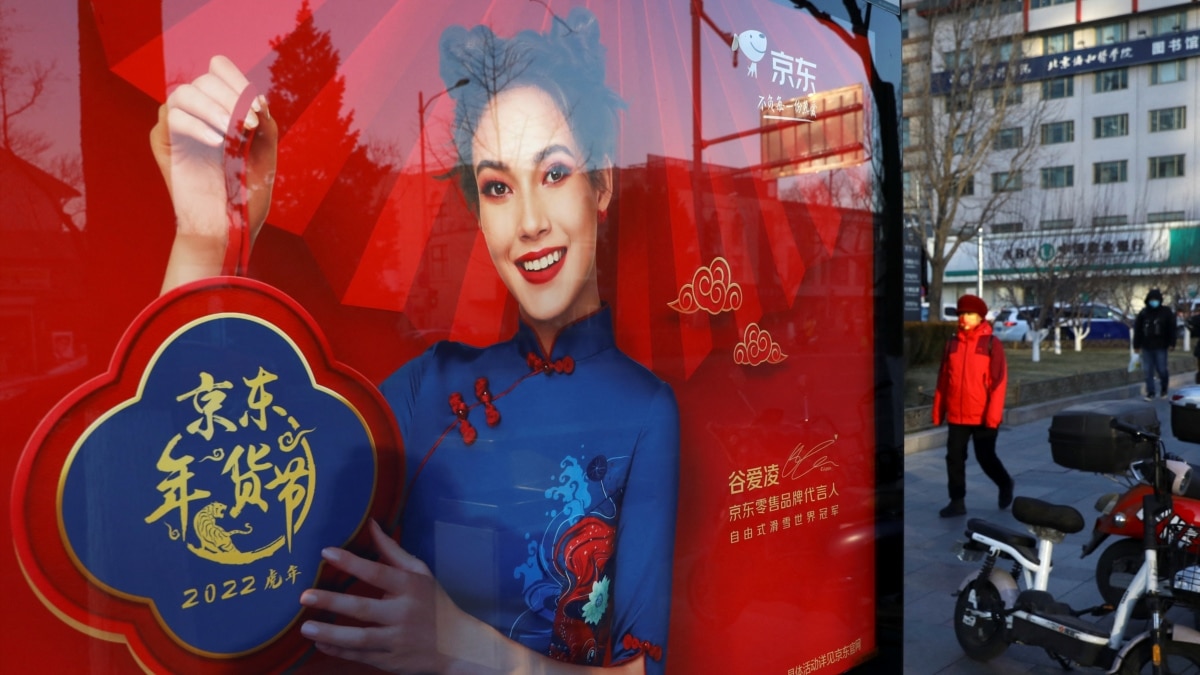 At bus stops and train stations in Beijing, there are images of her holding Lunar New Year candies. On newsstands, she is this month’s cover girl for Vogue, a fashion publication. If you haven’t seen them, you can hear him speak in Mandarin about the 2022 Winter Olympics.

She is one of the best in the world freestyle skiers in three events: big air, halfpipe and slopestyle. Less than two years ago, Gu won gold in halfpipe and big air, as well as silver in slopestyle at the Lausanne 2020 Winter Youth Olympic Games (YOG).

She was born on September 3, 2003 in San Francisco, California to an American father and a Chinese mother. She is also known as Gu Ailing in Mandarin. She finished high school early and plans to go to Stanford University in Northern California. Gu trained to ski at nearby Lake Tahoe. She started competing in major ski events in 2018 as an American.

On June 7, 2019, however, Gu announced his decision on Instagram to represent his mother’s homeland at the 2022 Winter Olympics. Inspire millions of young people where my mother was born during the Beijing Winter Olympics in 2022 is a unique opportunity to help promote the sport that I love.”

Some experts say the reason for Gu’s decision may not be so simple.

Besides his sports career, Gu is a model who has appeared on the cover of vogue and She in China. She attended events such as the Met Gala in New York and Paris Fashion Week. It represents luxury goods companies, including Louis Vuitton, Tiffany and Estee Lauder.

Lisa Pike Masteralexis teaches sports management at the University of Massachusetts Amherst. She told VOA in an email, “Given her goal of being a decorated Olympian, model, model and with the growing market conditions in China, this seems like a advised move by Eileen Gu and her agency, IMG.”

Susan Brownell is a professor at the University of Missouri-St. Louis with expertise in Chinese sports and the Olympics. She told VOA, “The interesting thing about her is that she has a number of great sponsorshipsand, therefore, it seems that representing China actually attracts these sponsors…”

IMG did not respond to a VOA request for comment.

However, Gu’s decision to represent China has raised questions about his citizenship. status.

One of Gu’s main sponsors, Red Bull, an energy drink company, had a message on its website that read, “At the age of 15, American-born Gu decided to give up her US passport and to naturalize as a Chinese citizen in order to compete for China in Beijing – because Chinese law does not recognize double Nationality.”

The International Olympic Committee (IOC) requires that any competitor in the games “must be a national of the country” entering the competitor. And the International Ski Federation (FIS) lists Gu as a Chinese athlete.

Although Masteralexis believes Gu abides by both IOC and FIS rules, she said, “It was reported in Chinese media 2-3 years ago that Eileen Gu was granted Chinese citizenship, and China does not recognize dual nationality. The United States recognizes dual citizenship, so one wonders if China has created an exception for Gu.”

Brownell added that it’s not unusual for athletes to represent countries other than their home country at major sporting events. She noted that the United States offered citizenship to four Kenyan-born athletes during the Rio de Janeiro Games in 2016.

On Douyin, the Chinese version of TikTok, there is a recent video that has been viewed billions of times on Gu. The video reads, “Chinese fans, let’s not put too much pressure on Gu.” A few hours later, Gu responded with teary faces, “Why don’t you have more? Faith in me?”

I am Jonathan Evans. And I’m Jill Robbins.

Adrianna Zhang reported this story for VOA. Hai Do adapted the story for Learn English with additional reporting from Reuters and the Olympics.

The words of this story

Inspire – v. to force someone to do something

luxury – adj. something that is expensive and unnecessary

advised – adj. to know something

Faith – nm strong belief in someone or something