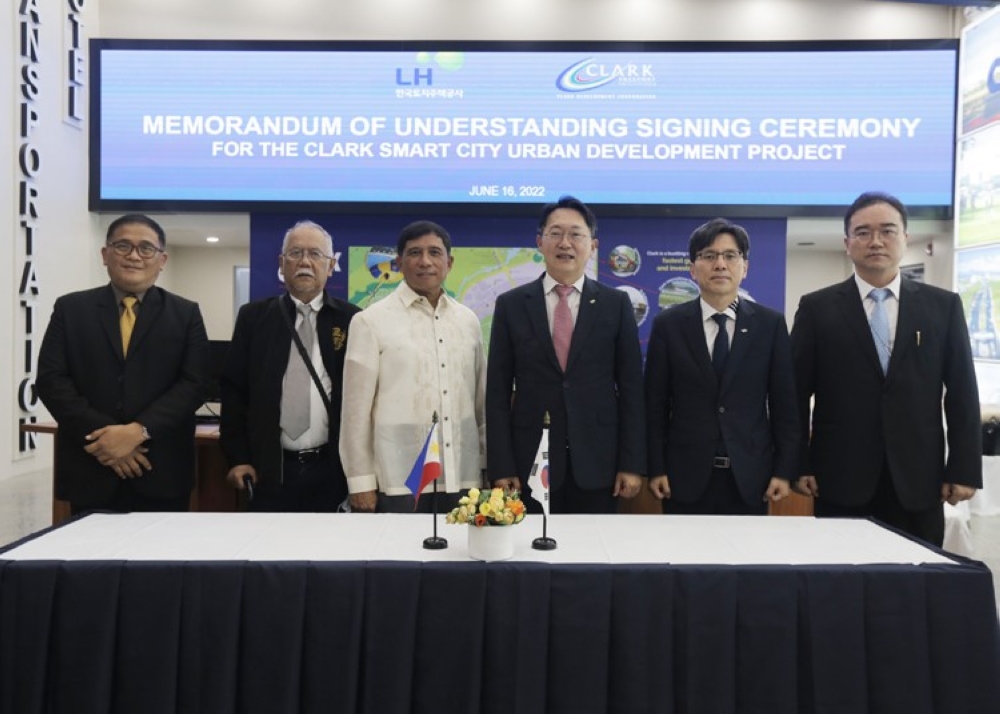 LA Clark Development Corporation (CDC) and Korea Land and Housing Corporation (LH) are set to build a “smart city” on a 104.8 hectare property inside this Freeport.

Under the Memorandum of Understanding (MOU), CDC and LH will work together to facilitate and attract potential investments.

It includes small and medium enterprises that will contribute to the implementation of the smart city project.

The two parties have agreed to work together to strengthen trade, investment and tourism activities in this free port.

The smart city is expected to be developed into a prime property within this Freeport. Gaerlan thanked LH for supporting the CDC.

“Clark Development Corporation appreciates the support of the Korean government, LH, Korea Overseas Infrastructure & Urban Development Corporation (KIND) and other counterparts since the launch of this (project) a few months ago. We are very pleased to now see the completion of the feasibility study for the project. I hope this will be the start of a lasting partnership between the CDC and LH, Korea and the Philippine government,” he said.

Kim expressed optimism about the smart city project and praised CDC for the warm welcome and hospitality extended to them during their visit to the Freeport.

“Thank you very much to President Gaerlan, Vice President Dennis Legaspi and other officials for welcoming LH as if we were an old friend from afar, despite the difficult situation of COVID-19 and for finding time despite your busy schedules,” he said.

The proposal presented by the CDC ranked 1st among 111 applications from 39 countries evaluated under the program administered by Korea’s Ministry of Land Infrastructure and Transportation (MOLIT).

In April of this year, CDC and LH formalized their commitment and collaboration on the project, which resulted in the completion of the feasibility study for the Clark Smart City urban development project.

The Clark Smart City is expected to serve as a model for future developments in the Clark Special Economic Zone and other surrounding provinces.