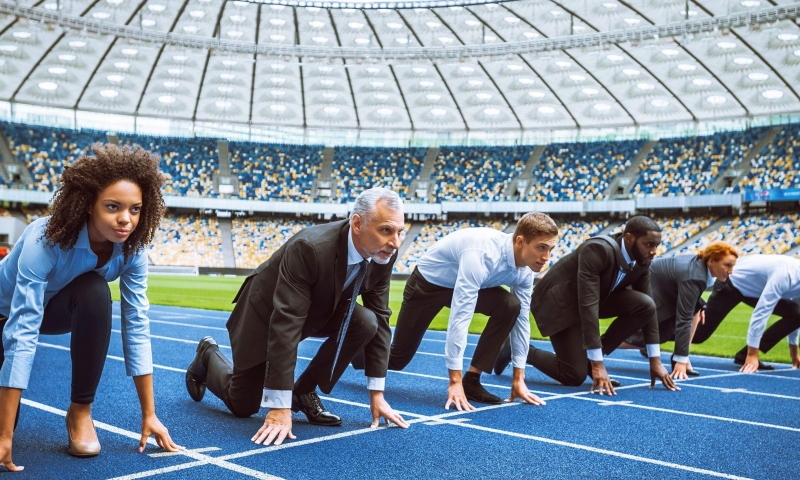 Hear from leaders in the field of sports and network with other alumni involved in the sports industry.

Hear from leaders in the field of sports and network with other alumni involved in the sports industry.

During this live virtual event, former sports career leaders will share how the sports industry has changed over the past year, what professionals need to do to stay relevant and their advice to excel in their careers.

After the roundtable, participants will have the opportunity to network and learn from each other in breakout rooms.

We hope you will join us for this event as these notable Denisonians share their experiences in the sports industry. You won’t want to miss this important career conversation.

This event is exclusively for members of the Denison community. Participants will receive the Zoom link by email in their registration confirmation and before the event.

About the panelists and the moderator

John is vice president of sports marketing and regional assets at The Coca-Cola Company. His team is responsible for partnering with the company’s national sports assets and ensuring they enable Coca-Cola to be “better, special and different” with its customers and consumers. His team is also responsible for activating all Coca-Cola professional teams, as well as top colleges and universities, in the market.

John previously led Coca-Cola’s national retail customer marketing team in Atlanta from 2014 to 2017, as well as the company’s retail strategy and marketing team from 2011 to 2014. Before arriving in Atlanta, he led the Kroger Total Beverage team at Coca-Cola. in Cincinnati from 2007 to 2010. He also held various positions of increasing responsibility within regional sales and marketing and category management. John has worked for The Coca-Cola Company for 22 years.

Before Coke, he led several customer teams at RJR Nabisco as well as sales management positions. He obtained his MBA from the University of Notre Dame. He graduated from Denison in 1991 and played college football and baseball.

Rieder came to Duke after being an athletic communications assistant at Colgate University for three years. Originally from Columbus, Ohio, she handled day-to-day media relations for the volleyball, women’s basketball, men’s lacrosse, and men’s and women’s track and field teams at Colgate.

She was also Assistant Director of Sports Communications for three years at Hobart and William Smith Colleges in Geneva, NY

A member of Denison’s women’s soccer team for four years, Rieder has been selected four times in all regions, won All-America honors as a senior and helped guide the Big Red to four consecutive tournament appearances. of the NCAA. In 2015, she was inducted into the Denison Sports Hall of Fame. Rieder graduated with Distinction from Denison University in 2002 with a degree in Communication and French.

Rieder is currently a member of the CoSIDA Academic All-America committee.

Larry Farmer is entering his fourth season as a member of the MIT Men’s Basketball Coaching Team in 2020-21. Prior to joining the Engineers, Farmer was a graduate assistant on the Boston College men’s basketball team from 2015 to 2017.

Farmer received a Bachelor of Science in Biochemistry from Denison University in 2012 and received his MBA from the Carroll Graduate School of Management at Boston College in 2017. He currently works as an internal consultant for Blue Cross Blue Shield of Massachusetts.

As a student athlete at Denison, Farmer served for three years as a team captain, winning two NCAC All-League honors. Farmer ended his career as a member of the 1,000-point club as he ranked 15th in school history for scorers, first for games played and second for steals.

Ali is an associate director of NCAA Division III. She has been with the NCAA since July 2013, working with both the Championships and Alliances and Leadership Development departments before moving to Division III in July 2019. She is responsible for overseeing and coordinating the grants program of the Division III conference, as well as the primary liaison with the Division III National Student-Athlete Advisory Committee (SAAC). She oversees the “Gameday the DIII Way” sportsmanship and gaming environment initiative and is the primary liaison with the convention planning committee, as well as a secondary liaison with some governance committees, including presidents, management boards and the strategic planning and finance committee, among others. assignments.

Ali holds a Bachelor of Arts in Sports Management and Communication from Denison, where she was a student-athlete on the softball team and president of the Denison SAAC and the North Coast Athletic Conference SAAC. In addition, Spungen holds an MA in Educational Leadership from the University of Dayton.