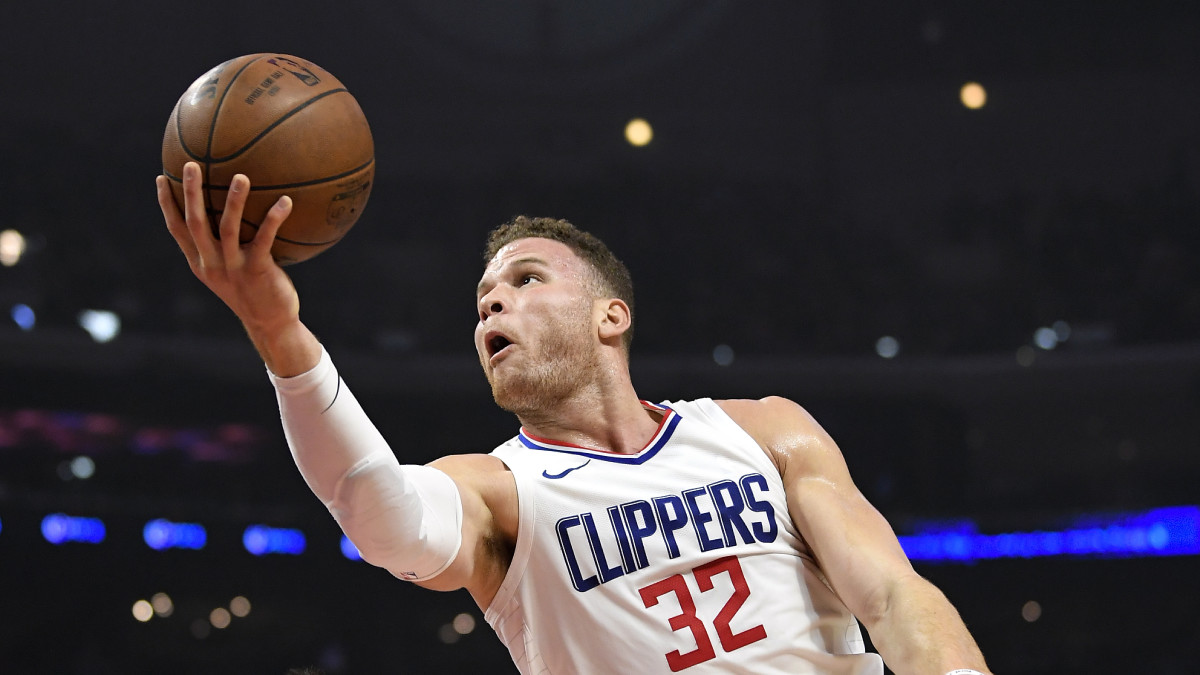 Blake Griffin likes to tweet about joining the Clippers

The Brooklyn Nets have been officially eliminated from the playoffs, which means Blake Griffin is once again a free agent. The 6x All-Star signed a minimum veteran contract to return to Brooklyn this past offseason. After joining the Nets following its buyout from Detroit, Blake’s first season with the team was productive; however, the second year did not go as planned.

After a slow start to the year, Blake was taken out of rotation and never fully found his way back. With several different big names on Brooklyn’s roster, each with their own skill sets and limitations, Steve Nash has spent most of the season looking for a reliable center. Having dropped Blake earlier this year, Nash tried everyone from LaMarcus Aldridge to Day’Ron Sharpe; however, reliable minutes at the center position were rare.

As the Nets began to run out of options, with injuries and league protocol hitting the team hard, Nash gave Blake a chance again in mid-December. Playing well through his long minutes, including a three-game streak where he averaged 15.1 PPG, 7.0 RPG and 4.7 APG on 49% from the field, Blake found his way back into the rotation.

From this period in mid-December until the trade deadline, DNPs did not completely disappear, but they were much rarer. That all changed when the James Harden trade brought back Andre Drummond in addition to Seth Curry and Ben Simmons. Nash immediately slotted Drummond into the starting lineup, primarily using Nicolas Claxton as a backup, which once again pushed Blake out of the rotation.

For Blake, the timing was particularly unfortunate, as he had just begun to regain the form that made him a reliable starter for the Nets in the playoffs just a season ago. Blake was a DNP-CD in 15 of Brooklyn’s last 19 games, seeing very limited action in the four he appeared in. Despite knocking out 43.8% of his three after the all-star break, Blake couldn’t stay in the rotation.

With the way the end of the regular season went for Blake, it seemed highly unlikely that he would see much playoff action. Unsurprisingly, Blake wasn’t called for any minutes in the first two games of the playoffs. This was against the wishes of many fans, who had grown frustrated with Andre Drummond’s play, which was essentially unplayable against a versatile Celtics team. With Drummond’s poor play eventually becoming egregious to the point that even Steve Nash noticed, Blake’s number was finally called at the end of Game 3.

Coming off the bench and drilling straight threes in his opening minutes of the series, Blake Griffin immediately gave the Nets a spark. From DNPs to the closing playoff games, Blake again saw crucial minutes in Game 4. Doing what he does best at this point in his career, taking charges, recovering stray balls and fighting against the glass, Blake was the best +10 on the team. in his 17 game 4 minutes; however, it was too little too late.

With his year in Brooklyn going, it seems almost impossible that Blake Griffin will return to the Nets next season. Proving his worth in both the second half of the season and in the limited playoffs, Blake will certainly attract the attention of teams looking to add impact veterans. On Tuesday, Blake may have hinted who one of those teams might be:

Liking a Tweet about returning to the Clippers next season, Blake sparked speculation that a homecoming with his former team could actually be in the cards. When he completed a buyout with the Detroit Pistons, the Clippers were listed as one of the interested teams; however, later reports indicated that Blake in Brooklyn was still the plan. Now an unrestricted free agent again, could Blake actually return to the franchise with which he became such an icon?

From a strict basketball perspective, there’s reason to believe the Clippers could lose backup center Isaiah Hartenstein this summer. Having outplayed his contract, the big man could likely demand a higher salary and role than the Clippers can offer him. If Hartenstein were to walk, Blake could provide some extra depth on the front court.

Although there are obvious limitations to Blake’s game at this point, Ty Lue is perhaps the best coach in basketball to maximize his players. Plus, as he proved in the last half of the season, Blake still has a lot to offer. Even though it’s only been a few minutes on the bench, making plays from small rolls, taking charges on defense, hitting the occasional three and battling against the glass, Blake showed a willingness and an ability to thrive in a small role. Despite receiving 27 DNPs and ranking 286th in total minutes, Blake finished the season tied for the league lead in charges fired. That defensive effort combined with his offensive intelligence is a big part of why he remained a positive contributor despite his diminished athleticism.

While Blake still has a use as a rotation player, it’s certainly possible that he still isn’t cracking the Clippers’ rotation on a regular basis. If the team keeps Hartenstein, Covington or both, there’s no reason to argue that Blake could end up as the odd man out again like he did in Brooklyn. If it’s a possibility, would a Blake Griffin at the Clippers reunion still be on the table?

From the Clippers’ perspective, the logic is simple. Even though the team felt like Blake wouldn’t contribute much on the pitch, getting him a spot on the roster is always a positive thing. If his number is called, Blake will likely have a positive impact; however, if not called, that positive impact remains. Blake’s Brooklyn teammates repeatedly praised his leadership and professionalism during a season that was less than ideal for him and the team. Having a guy like that around the team, who also happens to be a franchise icon, is a much easier sell than carrying a player to the end of the roster who brings little to no value.

For Blake, at this point in her career, there aren’t many chances left of getting a ring. With his time in Brooklyn well below that goal, the future Hall-of-Famer is still without an NBA championship. With Kawhi Leonard and Paul George poised to return as a duo next season surrounded by arguably the deepest roster in the league, the LA Clippers will once again be on that short list of title favorites. Having the chance to reunite with a fan base that adores him and a franchise he put on the map, while competing for the organization’s first title, Blake Griffin coming home to the Clippers could be the book. storytelling ending what has been a fantastic career. .