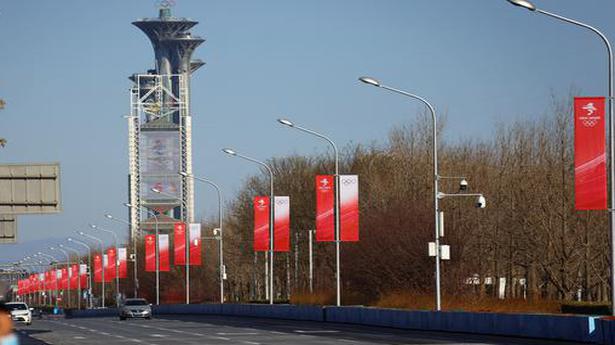 The plan is “to incite athletes from various countries to express their dissatisfaction with China”.

A week before the start of the Games against a backdrop of tensions between the two superpowers, China Dailyan English-language newspaper run by the publicity department of the ruling Chinese Communist Party quoted unnamed sources on Friday night as saying American “anti-China forces” were seeking to disrupt the Games and politicize the sport.

A U.S. Embassy spokesperson said Reuters via email on Saturday, “We were not and are not coordinating a global campaign regarding participation in the Olympics.”

“American athletes have the right to express themselves freely in accordance with the spirit and charter of the Olympics, which includes the promotion of human rights,” the spokesperson said.

China “will continue to try to mislead the public about our decision to distract from its egregious human rights record.”

China’s Foreign Ministry did not immediately respond to a request for comment.

The plan is “to induce athletes from various countries to express their dissatisfaction with China, to play passively in competition and even to refuse to participate,” the report said.

In return, he said, Washington would provide significant compensation and “mobilize global resources” to help protect the reputations of athletes who choose to play passively, according to the report.

He did not provide further evidence for his allegations.