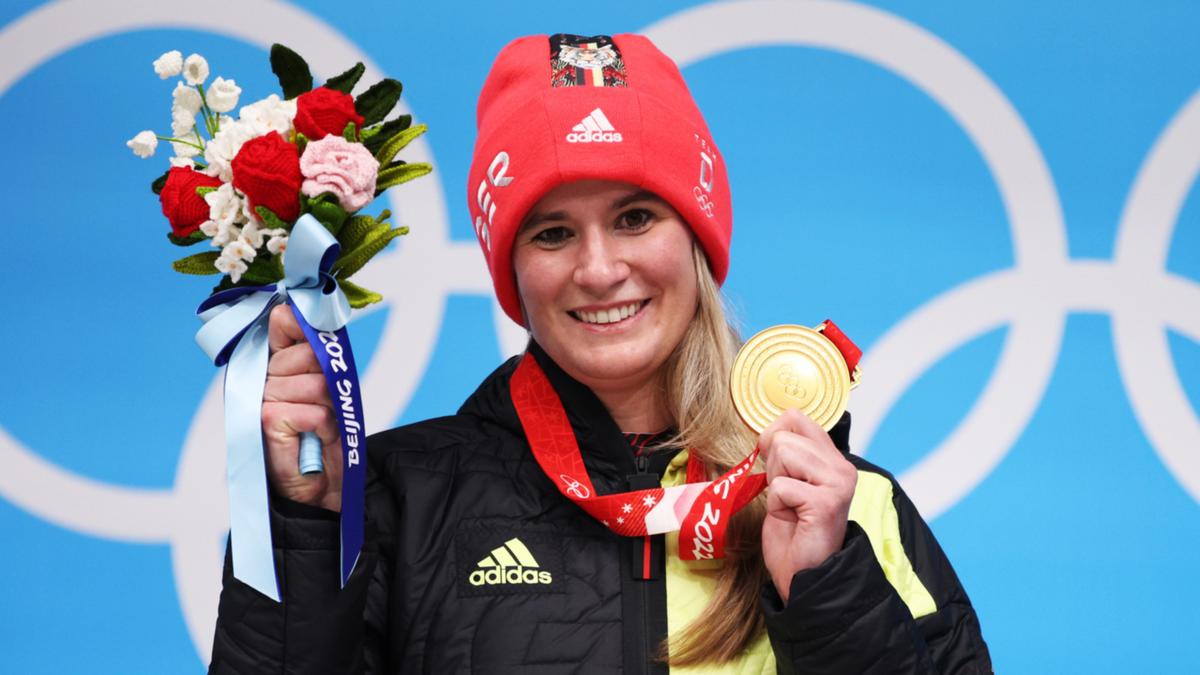 As the Beijing Winter Olympics draw to a close, athletes who previously held their tongues about China’s human rights record are now speaking out.

At least three top athletes have criticized the host country, but others are being urged to avoid doing so until they leave the country for fear of prosecution.

“The Olympic Village was very pleasant. The Chinese people I met were absolutely amazing,” said speed skater Nils van der Poel, a two-time gold medalist in Beijing. Sportbladet upon his return to Sweden.

“The Olympics is a lot, it’s a fantastic sporting event where you unite the world and nations come together.

“(But) I think it is extremely irresponsible to give it to a country that violates human rights as blatantly as the Chinese regime does.

“I really think it’s terrible, but I think I shouldn’t say too much because we still have a team in China.”

Gus Kenworthy, a British freeskier who won silver in Sochi ahead of his swan song at those Games, took a similar stance and highlighted his concerns for China’s LGBT community, as an openly gay man himself.

“I absolutely love the Olympics,” Kenworthy said after finishing eighth in the halfpipe final on Saturday.

“I also think, that being said, because this is the world stage and everyone is watching, there is an opportunity to create positive change and the IOC could help dictate that change by pushing on some issues. These issues are human rights issues.

“Where there are human rights and the country’s position on LGBT, these issues should be taken into consideration by the IOC (in the selection of host countries).”

Natalie Geisenberger, the German luge champion who won a sixth gold medal at these Games, traveled to Beijing after criticizing China and even considering boycotting it.

She refused to speak about the issue of human rights during the Games.

“You have to be careful when you say what and where you say it, and I think a lot of people feel that way. Here at home, I think it’s better not to say too much,” she said on February 8.

Back in Germany, she told the newspaper Suddeutsche Zeitung that she will never return to China.

“It’s just not a vacation destination for me, and I wouldn’t go to China for a World Cup either,” she said.

“It has nothing to do with the pandemic. I was not there because I really wanted to go to China, but because the IOC had decided that the Olympic Games would take place in Beijing.

“I had the dream of being a mother to fight for medals again and I was able to achieve it.”

China’s alleged mistreatment of its Muslim-majority Uyghur people and its policies toward Tibet, Hong Kong and Taiwan have come under scrutiny amid the Olympics.

China has also drawn criticism following tennis player Peng Shuai’s near-total disappearance from public view. She wrote in a social media post that she had been sexually assaulted by a former prominent member of the ruling Communist Party.

Ahead of the Games, Chinese officials warned athletes of “certain penalties” for “any behavior or speech contrary to the Olympic spirit, especially Chinese laws and regulations”.

Global Athlete, an advocacy group that helps athletes inspire change, warned last month that there was “really not much protection” from Chinese laws for athletes speaking out.

Thereafter, “the full range of rights abuses by the Chinese government” were allowed to continue “throughout the Beijing Games”, according to Yaqiu Wang of Human Rights Watch.

And in a remarkable press conference held by the IOC last week, spokesperson for the Beijing Games Organizing Committee, Zhao Weidong, used the platform to deny allegations of human rights abuses. man by China.

“I think it’s extremely irresponsible to give it to a country that violates human rights as blatantly as the Chinese regime does.” -Nils van der Poel.

“The so-called human rights issue in China is a lie made up by people with ulterior motives,” he said.

“Many countries and athletes have expressed their support for the Beijing Winter Olympics.”

These actions are testament to how the country used the Games to control the narrative of its misdeeds, according to Noah Hoffman, a former cross-country skier who represented the United States at two Olympics.

“The IOC definitely made the wrong choice to send the Games to Beijing,” he said last week.

“When we and the athletes think back to these Games in a year, in four years in the next cycle, in 10 years, we are not going to remember these Games for the two gold medals of Nils (van der Poel).

“Instead, we will remember how these Games were used to bolster two different authoritarian governments, the first being China (and Russia).

“They are using an IOC press conference, apparently this apolitical venue, to question Taiwan’s sovereignty, to challenge the existence of forced labor in Xinjiang.

“We saw Peng Shuai parade, to deny the allegations of sexual assault.

“These are things we are going to remember.”