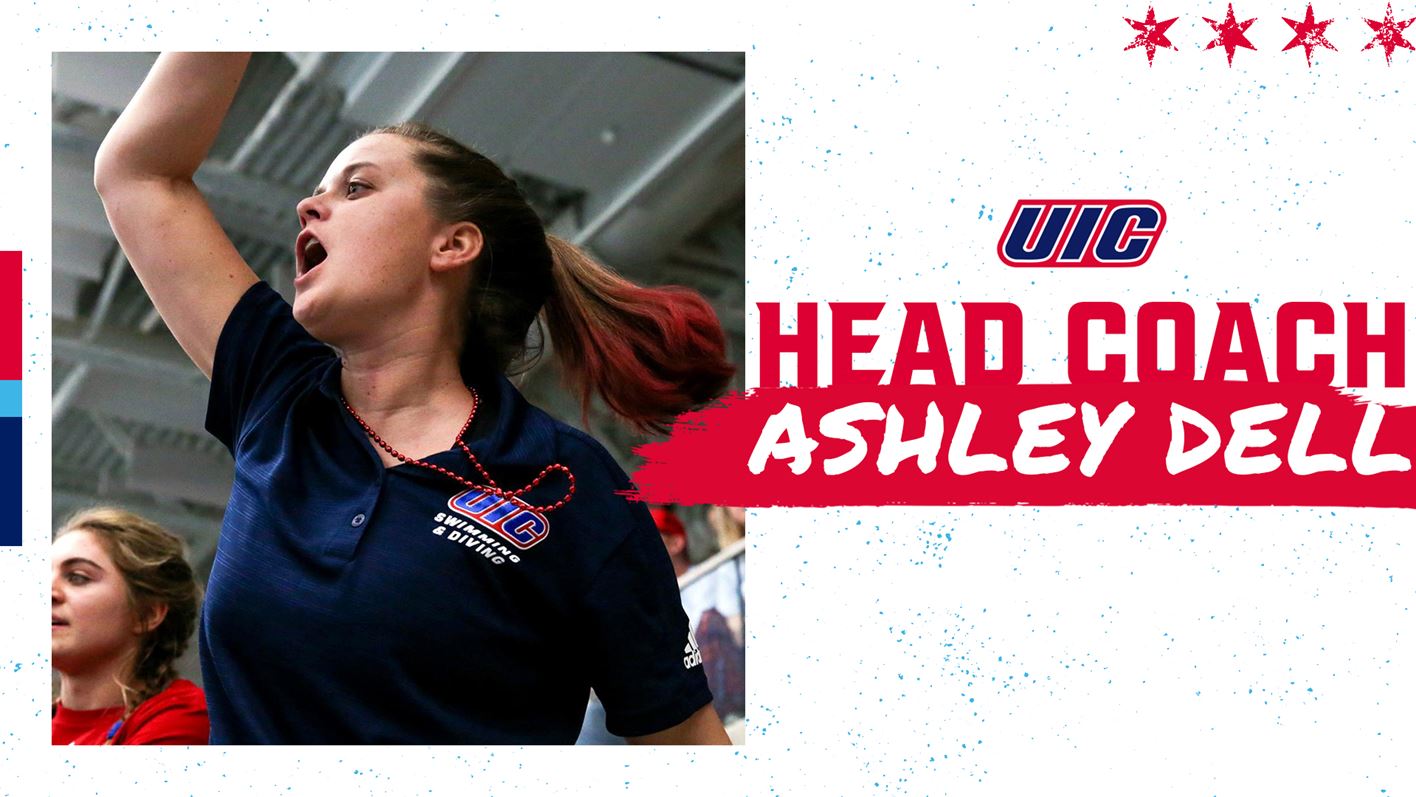 Ashley Dell has been named the new head coach of the men’s and women’s swimming and diving programs at the University of Illinois at Chicago, the school announced Friday, pending University Board of Trustees approval. from Illinois.

Dell, a native of Lake Forest, Ill., has spent the past three seasons as an assistant coach for the Flames and has also served as scouting coordinator for the women’s program since joining in 2019.

“Ashley has been instrumental in the development of our student-athletes in and out of the pool during her time here,” the UIC athletic director said. Michael Lipitz. “She has earned this opportunity and we look forward to the continued growth of our programs under her leadership.”

Dell is taking over the role previously held by Tim Loefflerwho resigned as UIC head coach after eight seasons in early March.

She also helped lead the men’s team to third straight finishes at the Horizon League Championships in 2020 and 2021, while the women recorded their best result in program history last year.

“I am very grateful and delighted to have the opportunity to lead the UIC Swimming & Diving program,” said Dell. “Thanks for Michael LipitzDr. Galen Duncan, Farrah Mantheiand the entire recruitment committee for trusting me.

“I have thoroughly enjoyed my experience at UIC over the past three seasons, and look forward to leading these student-athletes to be the best versions of themselves in and out of the pool,” Dell said. “I couldn’t be happier to be named head coach of our incredible university in one of the best cities in the world. Light up, Flames!

Ashley Dell is staying home to direct @UIC_SwimDive as the new head coach of the men’s and women’s programs!

In 3 years with Dell on the team, UIC has set 8 pool records, crowned 6 individual champions and finished in the top 10 102 times.

Last season was difficult for UIC as the school was told a week before the Horizon League Championship tie that they would not be allowed to compete after the school announced a conference change for next season. They were eventually allowed to return to the competition, but it forced the teams to scramble to get to Indianapolis after a last-minute reprieve, and both programs ultimately finished 4th. The team won two individual titles in swimming and three more in diving.

Prior to joining the Flames, Dell spent two years as an assistant coach at her alma mater, the University of Iowa, where she helped lead the Hawkeyes to 16 program records and qualified six swimmers for the NCAA championships. She was also a volunteer assistant at Iowa from 2009 to 2011.

Dell also served as an assistant coach and recruiting coordinator at SMU from 2014-2017, helping the Mustangs win back-to-back AAC championship titles in 2015 and 2016.

“I’m very excited for Ashley in her new role at UIC,” the SMU women’s head coach said. Steve Collins. “I’ve followed her career since we worked together at SMU and I knew she was destined for great things. She’s a great coach who cares about her athletes and brings positive energy to everything. she does. I wish her and the Flames much success in the future.

Dell also served as the head coach of George Washington University from 2011 to 2014.

As a swimmer, Dell was a captain for two years at Iowa and a 2008 CSCAA Scholar All-American. She earned a bachelor’s degree in sports studies with a minor in Spanish from Iowa in 2009. Dell then earned her master’s degree in tourism management with a concentration in sports management from George Washington in 2014.