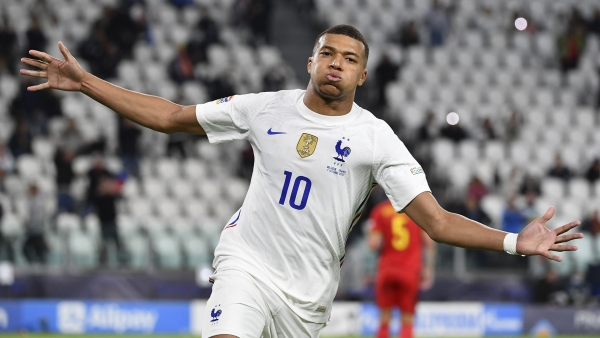 Xavi is “very optimistic” that Barcelona can strengthen themselves further in the January transfer window, but is uncertain whether striker Ousmane Dembele will remain at Camp Nou beyond this season.

Barca will not be able to register Torres until they unload other players as they risk exceeding their salary cap, but other big stars continue to be linked with a move to Camp Nou.

Erling Haaland is among those presented as a target for the Catalans, with club president Joan Laporta this week refusing to rule out a potential move for the wanted Borussia Dortmund forward.

Responding to rumors about his side’s interest in Haaland, Laporta told the football world to “prepare” as Barcelona “are back”.

Xavi shares Laporta’s enthusiasm and believes the arrival of Torres, who was featured at Camp Nou on Monday, will galvanize fans after a poor campaign first half.

“I am very close to [Laporta] and I am very optimistic. I like his ambition, “Xavi said at a press conference announcing Wednesday’s Copa del Rey last 32 game with Linares Deportivo.

“We are working to come back. We are close to the Champions League positions. It is not easy, but we are working hard to give Barca what they deserve. We are on the right track.

“The signing of Ferran Torres also gives the fans a breath of fresh air. We work practically 24 hours a day. We have to follow the president’s example. It is a positive message to say that we are back.

“If we fall into misery, it is no good. We have to be positive. The president is leading the way.”

Haaland has scored 76 goals in 75 games for Dortmund since his debut in January 2020, a tally improved by only Robert Lewandowski of Bayern Munich (103 goals in 87 games) among players from Europe’s top five leagues in all competitions.

Alvaro Morata, currently on loan to Juventus from Atletico Madrid, has been touted as another potential option for Barca to bolster their attack, which was exhausted by Lionel Messi’s much-publicized exit in August.

Asked about the links with Haaland and Morata, Xavi said: â€œI don’t want to talk about guesswork, just the players we have here.

“They are both great players but they are not ours. If Morata signs for Barcelona, â€‹â€‹I will answer questions about him.”

Barca cannot realistically attract more players until more make way, however, with players like Philippe Coutinho and Ousmane Dembele potentially on the verge of exiting.

Coutinho has only started five games all season, while Dembele is in the final five months of his contract and is officially free to sign a pre-contract deal with foreign clubs.

The French international’s time in Catalonia was hampered by a succession of injury setbacks, but when in form he had impact and averaged 0.6 goals or assists every 90 minutes in La Liga , which is similar to Antoine Griezmann (0.67) and team mate Memphis Depay (0.66).

â€œWe have to wait for Dembele,â€ Xavi said. “I am calm because there is nothing else I can do. Dembele has to make an effort and think about his future – it depends on him.

â€œAs for Philippe, I did not speak to him. He is a professional and he helps us a lot. But for us to have inputs, there must be outputs.

Xavi also confirmed that Barca are hoping to have another recent signing Dani Alves score ahead of the midweek cup draw with third tier Linares Deportivo.

Alves’ only appearance since early September was in a friendly against Boca Juniors last month, but Xavi expects the experienced full-back to play an important role in the rest of Barca’s campaign.

“I can see him very well. He is spectacular in training, with a lot of intensity and professionalism,” said Xavi.

“He will help us a lot with his arrival on the wing. He is 38 years old, but just like the training will help us in many games. He is a superb player and I hope he can play all three days. for us.”