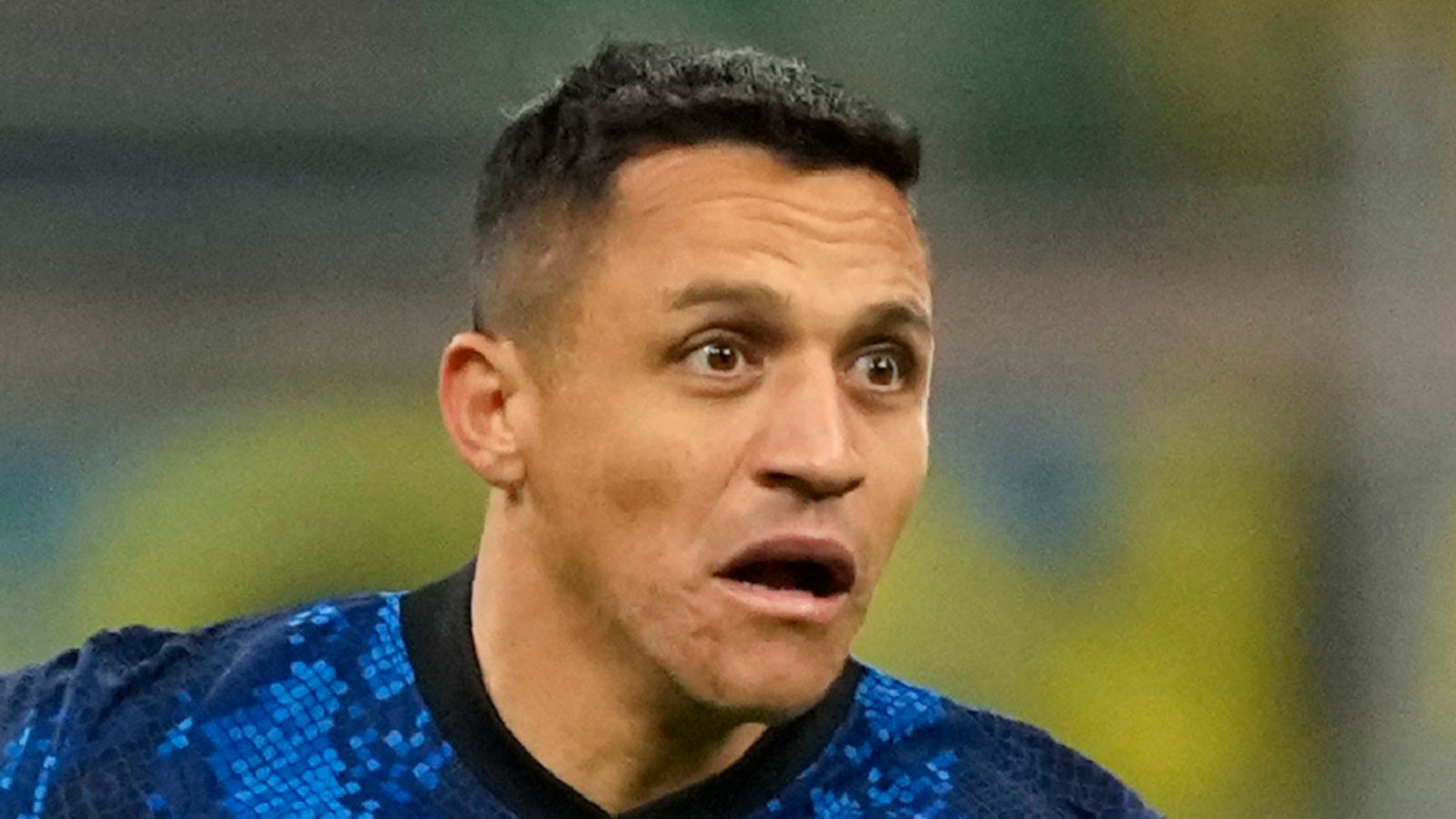 Former Manchester United and Arsenal striker Alexis Sanchez has terminated his contract with Inter Milan to become a free agent, with Marseille keen to sign him.

Sky in Italy understands that the Serie A side have reached an agreement with Sanchez on the severance package of his contract which was originally due to expire next summer, and he will now be free to join a new club.

The 33-year-old joined Inter permanently on a free transfer from Manchester United in 2020, following a successful one-season loan spell the previous season.

He failed to find a starting spot and was mainly used as a substitute by Antonio Conte and Simone Inzaghi.

The Chilean won the Italian Super Cup at Inter in January with a last-second goal in extra time to beat rivals Juventus 2-1, while winning Serie A and the Coppa Italia.

However, Romelu Lukaku’s return to the club paved the way for Sanchez’s exclusion from Inzaghi’s squad.

Sanchez’s high salary proved to be a stumbling block for potential entrants like Paulo Dybala, who eventually joined Roma.

Who will be on the move this summer when the transfer window closes in 11 p.m. on September 1?

Keep up to date with all the latest transfer news and rumors in our dedicated Transfer Hub blog at Sky Sports‘ digital platforms. You can also catch up on the ins, outs and analysis at Sky Sports News.