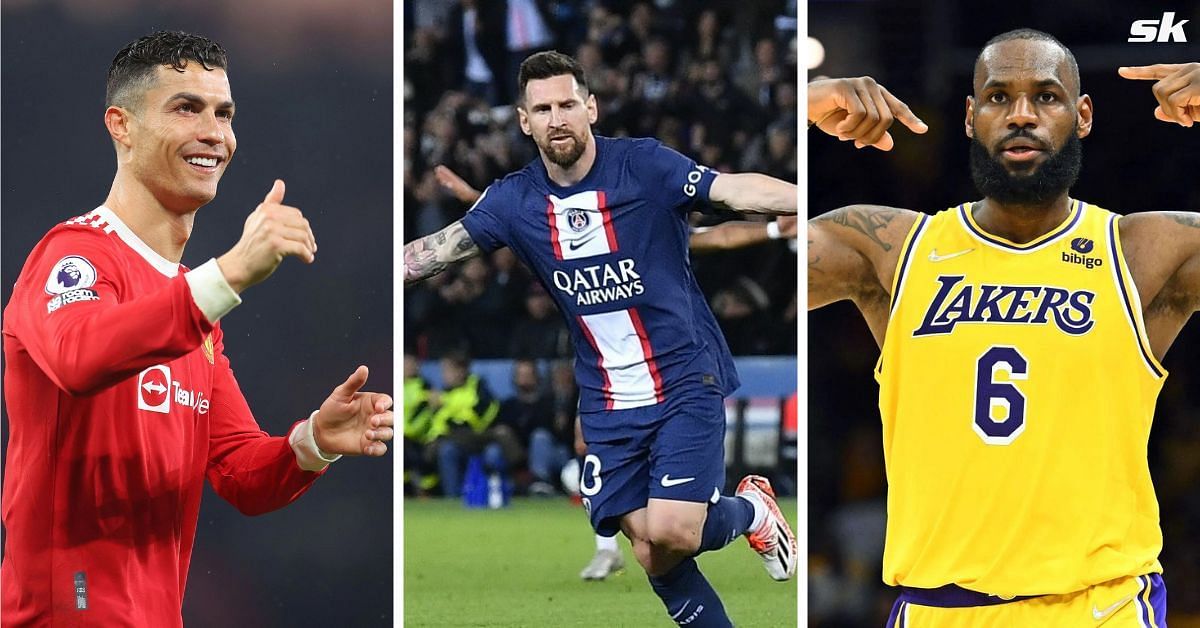 According to renowned business magazine Forbes, LeBron James has joined Lionel Messi and Cristiano Ronaldo in an exclusive list of athletes who have earned more than $100 million before taxes in a single year.

Cristiano Ronaldo and Lionel Messi have topped the earning lists in world sport in recent years and have now been joined by one of the greatest basketball players in history.

Only four other athletes make up the Forbes list that LeBron James has joined this year.

Widely regarded as one of the greatest players in football history, Lionel Messi has aged like fine wine over the years. The Argentine legend has scored 782 goals for club and country so far and won ahead of the 2022 World Cup.

Messi joined PSG in a stunning move in 2021 and is reportedly earning over $35m per season at the club. The former Barcelona talisman has managed eight goals and eight assists in all competitions for PSG this season and remains one of the best football players in the world.

Lionel Messi is destroying players and teams in the Champions League.

Lionel Messi is destroying players and teams in the Champions League. 🔥https://t.co/ceOjA5jj2N

Cristiano Ronaldo defined the modern era of football alongside Lionel Messi and is the most prolific goalscorer of his time. The Manchester United superstar recently hit the 700-goal mark in his club career and will go down in history as an all-time great.

Ronaldo has proven himself in three of Europe’s top five leagues and has played for some of the continent’s biggest clubs. The former Real Madrid striker also won the UEFA Nations League and UEFA Euro 2016 with Portugal and is one of the sport’s most successful exponents.

LeBron James has established himself as a modern-day legend in the NBA. The four-time champion has represented three different teams over the past decade and appeared in an astonishing 1,366 NBA games.

Shaq on whether LeBron James has killer instincts

The Los Angeles Lakers star remains the highest-paid NBA player for the ninth consecutive year and is one of the most famous athletes in the world. James also won two Olympic gold medals with the United States and is one of the country’s most important sports figures.

Touted as one of the most talented players of his generation, Neymar is a sight to behold at his best. The Brazilian winger burst onto the scene alongside Lionel Messi and Luis Suarez at Barcelona before making a big move to PSG in 2017.

Neymar earns well over $30m under his current contract and remains one of the most important figures in the team. The Selecao star has registered nine goals and nine assists in all competitions for PSG and will play a key role for Brazil at the 2022 World Cup.

At just 29 years old, Dak Prescott is the youngest name on this list. The Dallas Cowboys quarterback has excelled throughout his college and professional NFL career and has broken several records in recent years.

The quarterback won the NFL Rookie of the Year award in 2016 and currently earns a salary of over $40 million a year at the Dallas Cowboys.

Tom Brady and Kim Clijsters, the latest big-name athletes to invest in pickleball

Athletes and teams of the week